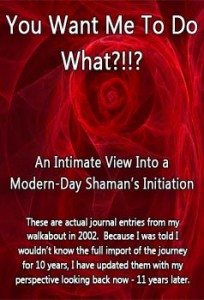 I arrived in Detroit and, after a long detour through the wrong section of town, I found Gray’s house. We went out for dinner at a local Greek Restaurant and had long conversations on a multitude of topics, most notably including the fact that he is an accepted part of the community at a local reservation. That was very cool to hear. Evidently he has a friend on the reservation that does sweats. So I may be able to arrange to do that sometime in the future. I would like that.

Gray and I are getting along well and the conversation has been lively. With two people who love to talk there has often been competition for space. 🙂 I’m sure that we’ll stay in touch when I leave. Too much stuff possible from the networking aspect, plus other stuff too. Thanks to Jessie for making the introduction. (Update 2013 – I didn’t keep in touch with Gray.  But as an homage to this intention, I found him today on Facebook and sent him a friend request.  I wonder if he’ll remember me.)

Today it’s on to Akron to see Jamie. Only a 3-hour trip, which is a nice change of pace. I’ll be stopping in to the local oil change place to get Ruby serviced before getting on the road again. It’s a good thing too, since she’s 1000 miles over when she should have had the oil changed. A short trip to the auto supply store to replace my overhead light which has burned out and then I’ll be on the road. Thankfully, Gray works from home in his own business, so I have him to keep me company while I wait long enough to make it into Akron by the 5:30-6pm time frame I’ve arranged to meet Jamie in. Well that’s it for today.