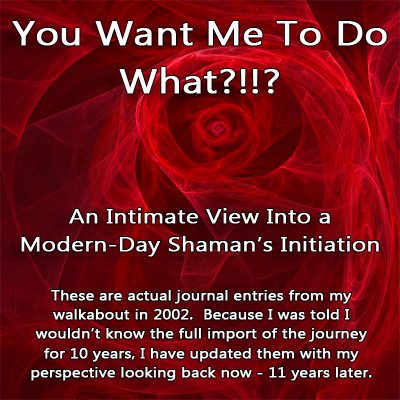 I had a dream this morning

It’s scattered and unclear now, but I’ll give you the best I can of what I was. There were a group of people gathering whose main purpose in life was destruction. They were not vilified in my dream, but were welcomed by onlookers as a regular part of the cycle of life and death, creation and destruction. They were all gathering in one place near a circus that was setting up. But this circus was manned by people who weren’t circus performers. They reminded me more of politicians. I was inside the head of one of these men who was learning to ride the trapeze. He needed to climb up a bookshelf to get his feet up to the trapeze and then hook his knees over it. Then, he thought he would practice swinging for a bit but the master of ceremonies grabbed his trapeze and sent him flying out over the empty space almost running him into the man on the other side of the counterbalance of the trapeze who was one of the destructors.

I remember thinking that I was getting used to this process of swinging out over the abyss and that it didn’t even frighten me that much anymore.

Then I was a woman who could fly simply by choosing to do so. She flapped her arms like wings and, with the correct movement of them, she could gain altitude. She made a habit of only flying to the next highest point in an effort to convince those on the ground (and herself) that this could be a trick and she wasn’t really flying, it was only an illusion. I’m not sure what else happened, but I was clear that the destructive factors were massing in preparation for some big blow up and that the circus was in town as a distraction. This is all I remember. Oh, wait. There was something about breaking up the status quo too, but I don’t know if that was part of the dream or my brain kicking in as I woke up.

(Update 2013 – Funny that I didn’t realize that I was the girl who could fly but didn’t want to admit it.)

Last night I finished the second book in the Hyperion series where the CEO of the worlds blows everything up, so I’m hoping that this dream is just a function of that, but somehow I don’t think so. The show is still spinning up, but it’s coming soon. Before the end of the year, I’d say (maybe by Samhain). Not that this is anything that most people haven’t thought of already. Everywhere I go, I am touched by people who are convinced that 9/11 was not the end to the terrorism in this country. Some believe that there will be major earthquakes, etc. Others that there will be more bombings or other acts of terror, but all seem to agree that much more is poised to happen before we can settle down to relative peace again.

And Now For Something Completely Different

Wow, what a depressing way to start my day today in this journal and here I was planning to tell you about yesterday (which was very cool). What the hell, I’ll tell you anyway. Chuck and I spent the afternoon yesterday hiking in the woods about an hour from his house. There is this great ridge of mountains that you drive up one side going to the west ridge road or you can drive down into the valley on the east ridge road along a stream that Chuck says is a river during the spring thaw. We went up the west road up the ridge. All I can say is that the guy riding his bike up as we went down was a masochist to the extreme. Big hill. Big big hill. Anyway, we got to the top and park.

We took our notebooks, pens, water, and snacks out and headed off to hike a little. I had promised Chuck a lesson on gaining energy from the earth and in grounding, plus I wanted to take some time to meditate and reflect and think about my answers to yesterday’s questions. So we took an off-shoot of the path (which was mostly downhill at a steep angle) and ended up close to the edge of a promontory that jutted out into the canyon. It was stunning. The sun was warm on our faces, the wind cool on our skin and three hawks kept vigil with us as they played in the thermals of the canyon. It was about 70 degrees and it was fabulous. The hill kept going down at a sharp pace and the roots in the trees acted as steps. We each sat on one of these great steps and were promptly lost in our thoughts and journals. I have to retrieve my notebook from Chuck to offer you the answers I came up with, so I will do that later today.

But for now, I will skip to the next part of the day which was the education session with Chuck. I had him sit in meditation pose and listen to what went on around him, then feel what was going on around him. I was trying to bring him into attention on the moment. This brought us into conversation on some of his issues (which it is not my place to list here). I realize that my teaching/counseling style is changing somewhat. I am still working primarily with questions because I still firmly believe that an answer arrived at of one’s own accord is much more significant than one that is handed to you. I am now supplementing that more heavily with learning and metaphor. But I find that I am also doing the process much more organically these days rather than strict logical step by step thinking. I realize that the reason shamans don’t make a lot of sense in a strictly logical sense is that they think organically which is a totally different process. Ken and Lorelie used to drive me crazy with this. They’d sneak up on me from behind because I was so busy trying to get back into control of the destination of the conversation – to figure out where it was going so I could make the leap ahead. What I have found is that to think organically, you have to be willing to sit in the soup of a bunch of different aspects which seem unconnected until you swim around in them for a while, then they come together in this great clap of understanding that brings you light years ahead of the basic leap of logic. Shamans are not purposefully vague and indecipherable in their process, it’s just that they’re not always sure where they’re going either. They’re simply content to sit in it until the secrets reveal themselves. It’s yet another aspect of letting go that I hadn’t realized I had done. It really helps to have a student around to make me clarify my thoughts. I really learn a lot this way.

By the end of the day, all I could do was stare out in silent communion with the land and appreciate the beauty of what surrounded me. I was thinking to myself (and to the universe) that this was the most beautiful classroom that I had ever seen and that I enjoyed this class much more than any I had ever given indoors. There are covered pavilions there that have fireplaces in them. Perhaps a gathering in February or March when the snow is on the ground and we can huddle around the flames and enjoy the pristine look of the land would be nice. Perhaps…

Well, I’ve got my morning cup of tea and I’m off to check my other email before jumping in the shower and getting ready to pack the car. I’ll check back in later when I have my journal to write from about the abundance issues.

* Update 2013 – I find it really ironic that I talk here about sitting in the soup of what is and not trying to go anywhere with it, but even in that space, my mind is constantly leaping ahead, planning.  If there’s one thing I value most about my learning and growth, it’s the ability to laugh at myself.  And damn, this is funny.