I co-facilitate these events with my good friend and fellow shaman, Kathy Scheiern. Kathy has been running spiritual retreats for over 25 years. She has written her PhD on the transformational process that takes place in these types of settings. She is a certified Constellation Facilitator in both family and structural constellations and she adds these to the mix in our retreats. She is a powerful facilitator and really good at getting down to the core of the issue. 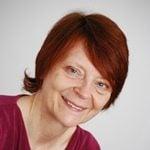 We create environments that allow people to make life-changing decisions about who they are, who they want to become, and what they want out of life. In sacred, ritual space we tap the elements of mind, body, spirit, energy, archetype, and morphic field to create waking dream journeys that bring participants into a new state of being. In walking through these shadow-work journeys, people experience deep, root-level healing that lasts a lifetime.

These are transformational events – meaning that you’ll walk in seeing yourself one way and walk out seeing yourself differently. They will change your world view and/or your view of yourself. We use ancient shamanic techniques combined with cutting edge psychological tools to create an immersive environment that allows you to deal with your issues on a deep, significant level which is what facilitates change.

The events open with the setting of intentional space – an energetic container that is charged with the intention for the week/weekend. Within each event will be several experiential processes to bring you into interaction with your inner issues.

Example of an Experiential Process:

Event Name: Stepping Out In Faith – An Experience of Walkabout

We did this event in an afternoon with 12 participants. Each person was asked to pick a rock from a pile and to spend some time putting all of their hopes and dreams for the future into that rock. They were asked to sit with the rock until they felt complete with this process. When they were ready, they were to go one-by-one to the bottom of the stairs to an encounter with the gate keeper.

The gate keeper then told them that part of trusting the universe was giving up attachment to getting what they want and accepting that the universe would give them what they needed. They were asked to surrender their rocks (and thus their attachment). For several people, this was the most powerful part of the ritual. For others, it was incidental.

Once they passed through the portal of the gatekeeper, they were met by a guide who blindfolded them and took them on a trust walk. They were told that the universe doesn’t provide a road map, it only gives you the next steps and leads you if you pay attention. At various times during the trust walk, they were led by being held firmly to walk over rocky ground or by a single finger when the ground was smooth. They were given a boulder to interact with. Some sat on it, others knelt at it or felt along its surface, and one person even began scaling the boulder. Then when they were complete with the boulder, they were taken into the woods and left to stand alone for a few minutes. Then their guide called to them and they had to walk towards the voice without any physical guidance. One person – whose hearing was fine – couldn’t hear the guide calling and had to be retrieved physically. This was the same person who had earlier been claiming that they weren’t getting guidance from the universe.

Then they were led back to the building. They were brought to a set of stairs and the guide held them with both hands and walked backwards up the stairs to lead them along. Many said that for the first few steps where the guide was going up the stairs but they had not yet reached them, they thought the guide was rising into the air and that they would be carried along with them.

When they reached the top of the stairs, the blindfold was taken off and as their eyes adjusted to the light again, they realized that the guide before them was not the same guide they left with. This guide said “the universe has many faces, anyone you meet could give you the next step.” They were invited inside to sit and contemplate their journey in silence until all participants had returned from their journeys.

When the last person arrived, they were given a few minutes to contemplate and then the room was open for a debrief of their experiences. Each person got something different from the experience. What they brought to the experience in the form of their own stories, beliefs, limitations, past experiences, etc. colored their reaction to what they had just walked through. And each learned something from hearing how someone else had had a different response to the same situation. 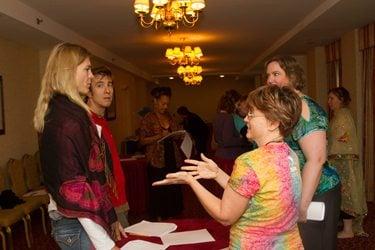 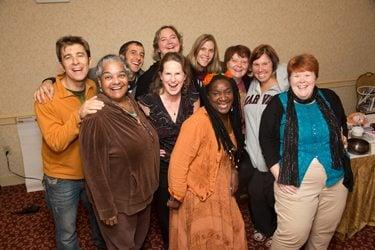 Each experiential process is different and within any given Transformational Intensive you will have several of these types of experiences that will be created for you to help you through different issues. Some you will go into without preparation, others will have workshops or assignments that you will do in advance to prepare you for the experience. You should also pay attention to the times between- when “nothing” is happening. You are still in the energetic container that has been set for your transformation, so everything that happens, no matter how small, is relevant.
You will complete your experience with a debrief (as described above) and the closing of the energetic container. You are encouraged to eat in order to ground your energy back into your body as the increase in the energy and the connection to your higher self can cause some people to partially exit their bodies to experience more of the mystical elements.

Accelerator Intensives are small groups going through highly personalized experiences working on individual issues rather than on a common intent as we do in the Transformational Intensives.

In a Accelerator Intensive, typically 5-8 people will attend, with each getting time set aside to have personalized work completed on them in a group setting. The others in the group will be present/involved and may be asked to participate in the process for the individual being focused on at that time.

We may employ coaching, energy work, experiential process, and other shamanic and /or psychological techniques as part of the work. It is an organic environment where the work is not pre-planned. Each person brings to the table what they are working on and gets whatever support they need in getting through the process. It is effectively like several people sharing two Private Days except that you get two shamans for your process rather than just one.

We affectionately refer to these events as “Two Shamans, No Hiding” because people usually attend these events when they are stuck in some fashion. The individualized approach and group energy allows them to break through whatever has been holding them back. When there are two shamans in the room, it’s hard to run away from the issues. This is the beauty of this environment.

Still Have Questions About Attending an Event?