Moving In With Mystics – How I Became a Shaman, Part 6 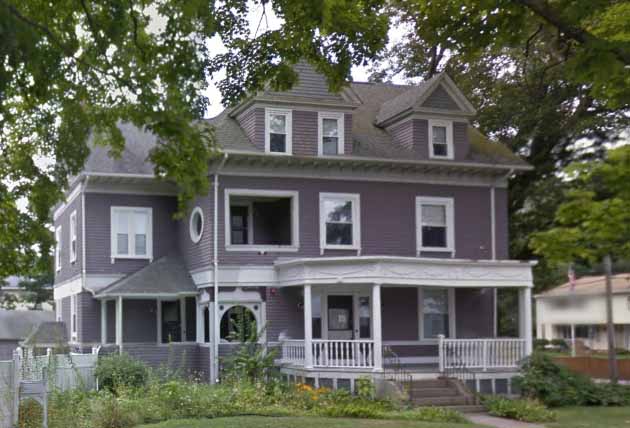 This is part 6 of my spiritual journey to becoming a shaman.  See part 1

The magickal house was a huge 6 bedroom, 4 bath, 6,000 sq/ft Victorian on a corner lot in North Attleboro, MA just over the border from Providence, RI.  The house also came with a couple of resident ghosts – a little girl in upper-class Victorian attire who would run up and down the front stairs.  And a man in the basement who liked to mess with the residents and try to scare them, but who was really harmless in the end.

When I moved in, everyone was attending pagan gatherings and I was starting to study ritual and Wicca with them.  I thought I was living with witches.  Over time though, almost everyone in the house would identify themselves to me as shamans.  I had no idea what that was, but I would happily say that I was the token witch in the house.  I had no desire to be a shaman.

Now before I had moved out of CT, I had discovered my ability to channel when I was in a house with one of my real estate clients and they asked a question which caused me to go into a trance and start speaking to them.  I watched myself speak, not knowing what would come out of my mouth until it did.  It was a strange sensation.  But I never felt threatened by it and I always knew that I had the ability to throw the spirit out of my consciousness if I wanted to.  (A skill I must have pulled forward from a past life since this is not something that most people can do without training.)

So when I started channeling a spirit that my friends and fellow circle members called Stone Man because he was 8 feet tall and made of grey stone, I wasn’t surprised.  I was stunned that everyone seemed to see him as I channeled him.  He came to receive our commitments.  I have worked with him many times over the years and that is his role – taking our commitments and writing them on the Akashic records.  It’s a hard-core commitment that you don’t back down from.  He’s intimidating as hell, but effective too.  You know you don’t tell him something lightly – you have to MEAN it.

I was stunned when a couple of years later, I met another practicing witch who had channeled an entity she called Stony.  We compared notes on what he looked like and what he came for and it seems we were channeling the same entity.  Freaked me out a little.  It made everything a little more real.

I want to be clear that I spent most of my journey on my way to being a shaman in complete doubt and disbelief.  I WANTED these things to be real, but my grounded, very practical self didn’t necessarily believe that could be true.  So much of my time was wasted just trying to undo this disbelief enough to let go and allow it to come through.  My friend and fellow shaman, Kathy Scheiern says that she made a deal with herself early on that she didn’t have to believe any of this stuff, she just had to suspend her disbelief.  Looking back on it, I think this is exactly what I did.  But each time a little bit of proof came through, I was floored anew.  It broke my “reality” a little bit more each time.  To the point where now, I have a VERY different reality than the average person does.  Although I am still working on breaking the physical reality piece so that I can manifest instantly rather than having to wait for things to come.

Anyway, back to the magickal house.  There were many healings, magickal discussions, and rituals that took place in that house over the four years I would live there.  I trusted those people more than anyone I had every trusted before.  I had to or the work would not have happened.

Fun Fact:  We developed a series of rules for the house that each came about because of something that went wrong.  Here they are:

t was in this house that I would go through what I would later term “foundational deconstruction”.  This was the act of consciously ripping apart the foundation of my identity so that I could reconstruct it in a way that was more in alignment with my inner being.  It isn’t required to do this at the level I did it.  You can do this in a more kind and gentle fashion, but being the warrior chick that I was at the time, I wasn’t going to wait for that.  I ripped out the foundation stones down to the dirt and spent the next three weeks wandering about without anything that worked in rote fashion anymore.  I had to pay close attention to avoid leaving shampoo in my hair when I got out of the shower, or to avoid skipping the tooth paste when I brushed my teeth.  And driving was right out.  I didn’t have enough consciousness to both remember how to drive and not kill anyone at the same time.  Eventually, my authentic self put those foundation stones back in place and I was stunned to see the pieces that didn’t make it back into the foundation that I would have sworn were part of me before I started.

What I didn’t know at the time was that this was the beginning of my shamanic initiation.

Read The Next Part of the Story