Finding My Tribe – How I Became A Shaman, Part 5 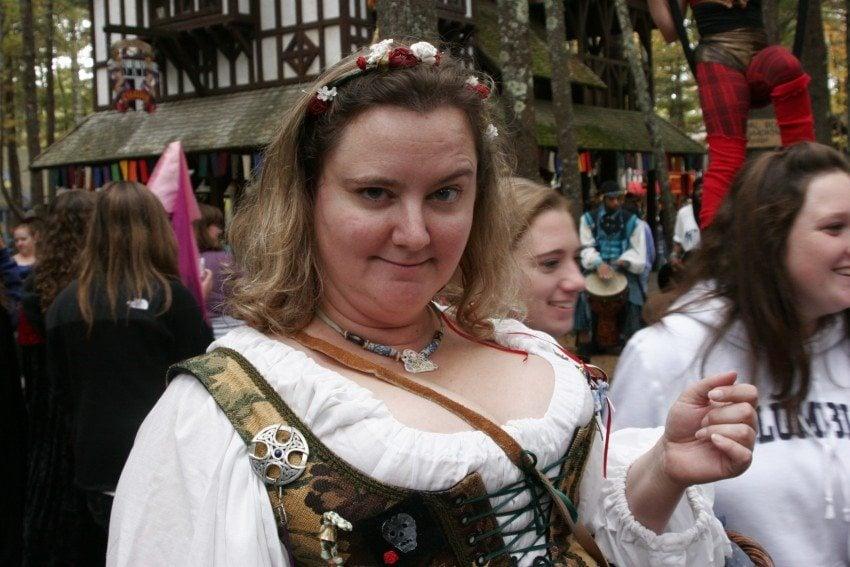 This is part 5 of my spiritual journey to becaming a shaman.  See part 1

Going Back In Time To Move Forward

Shortly after I moved into my ghost-filled house, there was a Revolutionary War reinactment across the street at Fort Griswold.  I went over to visit.  I mentioned that I missed working at the Renaissance Faire as I had when I lived in San Diego.  The person told me that there was a Renaissance Faire in the area and that it was happening right now and I should go.  I agreed and headed out the next weekend.

I had been a hair braider at the Faire before and readily found a position at a hair braiding and wraps booth starting the following weekend.  Within a short period of time, I would meet many Rennies (people who work the faires) and befriend one group in particular.  Before I knew it, I was traveling to their house in Massachusetts regularly.  Turns out they were magickal and did ritual on a regular basis.  I was invited to join the circle.  There were 5 of us in all, one couple soon to be divorced, and two singles soon to be a couple, and me.

They took me to Rites of Spring, a pagan festival in Western MA where I was exposed to even more ritual and magickal classes.  Interestingly, I don’t remember being terribly surprised by a lot of the ritual.  It felt natural to me as though I were already acquainted with it.  (I was, just not in this lifetime.)

Over the course of about 9 months we would do a lot of personal growth work and a lot of ritual together.  And eventually, they just said – “why don’t you move in?  You’re here all the time already.”  And I agreed.  So I rented out my house, sold my business, and moved off to live in the magickal house.