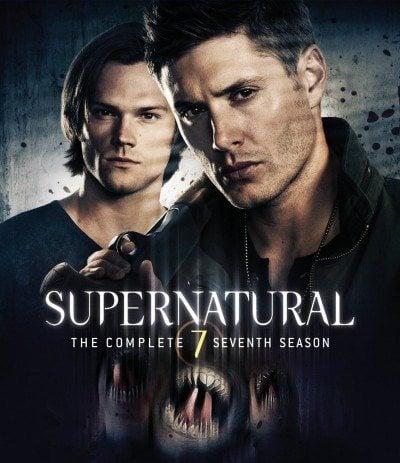 I’m a fan of the TV show Supernatural.

I’ve watched it since the beginning and still do.  I like it for the same reason a lot of people do, which is that it’s two regular guys dealing with a whole bunch of supernatural stuff and just doing their best to wrap their heads around the big ugly in front of them and deal without running screaming into the night.  It’s very shamanic in that way.  My friend David Franklin Farkas (another shaman) once said to me that sometimes he thinks all of our training is just to keep us from running screaming when the weird shit shows up.  I think he’s right about that.

The other thing I like about the show is something that most people probably don’t even realize: Supernatural is almost always really accurate in its application and use of occult magick, symbology, and mythos.  Whoever is on the writing staff really knows their stuff about the energetic realms.  And that makes it even more fun for me because it makes it more real.

But last night’s show, while it thrilled me as the Darkness consumed someone and took in her memories and became her, it also disappointed me because it took a look back at one of the main character’s story line and showed his “evolution”.  But he hadn’t really evolved.  As I looked and remembered 11 years of story telling, his character hasn’t really evolved, he has endured.  Which makes sense on one level since his life is one PTSD-creating moment after the next – there’s been no room for evolution.  But he’s become jaded and has been on the brink of breaking on more than one occasion.  Sam and his brother Dean are masters of endurance.  They’ll take a beating until someone finishes that spell, they’ll rely on their stubborness until it keeps them from being taken over by the Devil, they’ll “tough it out”.  It’s a classic warrior’s tale.

But the warrior has to evolve into a spiritual warrior or he will perish.

You can only endure for so long.  It is the coping mechanism of the young.  As you get older, endurance becomes harder.  Because endurance comes from the assumption that if you wait long enough, something will change.  And as you get older, you start to recognize that some things will never change unless you do.  You’ve had time to try every other option, to blame everyone else, to try to manipulate, trick, and control your way out of things.  And the value of endurance is that it gives you the time to come to this realization.  But the downside of coming to that realization is that if you aren’t willing to change, you start to lose hope and that is the death knell of every warrior.

If you can admit that YOU are the problem,
then can Evolution begin.

Sam and Dean have faced a lot of challenges that have forced them to make hard sacrifices and look their demons in the eye.  They have learned how to abandon themselves for the good of others.  They have learned that their love of each other has conquered all – even death.  And they have saved the world time and again.  But they’ve never quite gone all the way through the abyss.  They go in and come back out again where they entered.  In the Tree of Life, they never quite make it to Keter – enlightenment.

Enlightenment Is An Ever Expanding, Deepening of Your Knowledge and Acceptance of Yourself

No matter how long they go on or how much they experience, I have not seen a lot of this transformation taking place on the show.  If you hope to ever evolve from warrior to spiritual warrior, you HAVE to face yourself.  You have to admit and accept some hard truths about yourself.  You have to take the shadow side – the part of you that you don’t want to see – and own it, so that you can receive the gifts that it has to offer.  For each thing you hate about yourself, there is a gift waiting in the shadows for you to find it.  And I keep waiting for the writing staff of Supernatural to bring the script in that direction.  In fact, I’d love to walk them through one of the transformational shamanic rituals that Kathy and I do.  Might give them some inspiration for whole new story lines.  (And, it would forward my own desire to expose more people to the concept of evolution vs. endurance for their own lives.

Thought for the Day

Are you being a good warrior keeping your head down and your nose to the grindstone just enduring from day to day waiting for circumstances to change before you can be happy?  Are there seeds (or whole forests) of doubt growing in your mind questioning whether this change you are waiting for will ever come?  Are you exhausted from soldiering on no matter what and saying “tomorrow will be better”?   Have you tried everything you know to make things in the outside world change but you keep ending up in the same places even though the faces may have changed?  Is the pain of staying where you are greater than the pain of changing?  Then you are ready to evolve from warrior to spiritual warrior.  I can help.