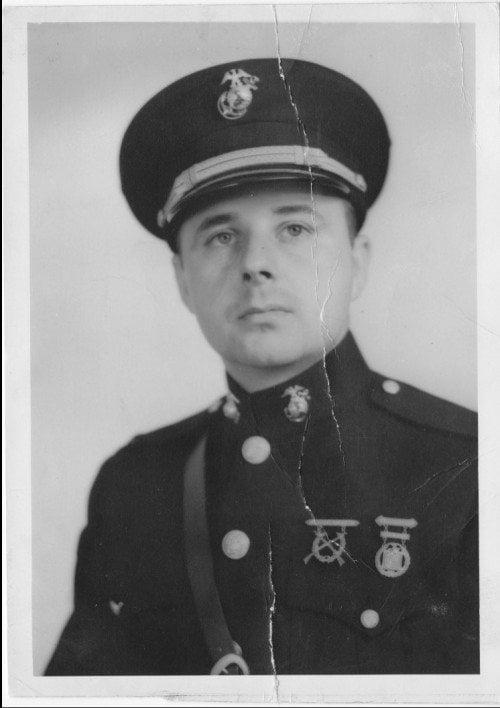 My mother, who passed away 5 years ago, used to tell me a story every Christmas about her father, my grandfather.  He died when I was a baby so I never knew him personally but from all accounts, he was a larger than life kind of guy.  He was a spy photographer during the Korean war.  They would take him out over enemy lines in a B1 bomber, strap him into a harness, open the bomb bay doors and he would hang out the opening to take pictures of the enemy encampments.  (Now you know where I get it from.)  Later in life, he was an award-winning amateur photographer.  You can see some of his photos here.

He was also HUGE on Christmas.  He would throw huge Christmas parties and he’d go around the neighborhood in a Santa suit and talk to all the kids.  He loved Christmas and he loved children.  So when he had a heart attack and the family had to decide to take him off of life support, they decided to do it at Christmas, so he could give one final gift to a child at Christmas – his corneas.  There was a child waiting for the gift of sight.  My mother told me about the night they turned the machines off and how she thought that this would be her memory of Christmas from there on- the night her beloved father died.

But when they turned the machines off, he didn’t die.  He didn’t die that day or the next or even the one after that.  He waited four days to pass over to the other side.  My mother was convinced to her dying day that he waited all that time to pass so that Christmas wouldn’t be equated with his death for her.  That this was his final gift to her.

Four days after Christmas, they donated his corneas to the child who was waiting for them and his final gift was fulfilled.