Resolution(?) to “Not Important” Processing Story 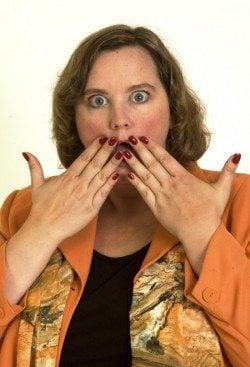 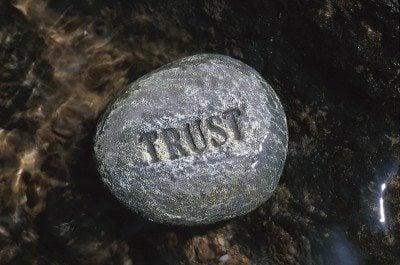 Life is always what it is meant to be.

This past weekend, Jeff had his bachelor party in NYC.  I was supposed to go to Maine with the partners of the guys who took him to New York, but as the time got closer, I just really didn’t want to go.  So I begged off stating that I needed some alone time which was true since my normally almost hermit-like life has recently been overrun with Airbnb folks who, while delightful, were seriously invading my serenity.

My friend Trish sent out a notice that she needed more women for her Power and Pleasure retreat and my spirit went “YES! THAT’s what I want to do this weekend!”  In my head, I thought this would be a great time to get away, relax, and finally get the downtime I needed.

I have no idea what I was thinking.

Trish’s workshops aren’t sedate and relaxing, they are hard-core, do-your-work environments.  And while much of what she taught that weekend is stuff that I teach too, my frazzled brain took it in at a new level and by Sunday morning I was falling asleep in my chair.  (A sure sign that my brain was full.)

The weekend was challenging on a number of levels.  I haven’t been sleeping well for the last few weeks and the creaky bed did nothing to help that, not to mention the alarm that went off at midnight after I had gotten to sleep at 11pm and the ceiling fan in the dining room the next night that developed a resonance so loud and energetically disruptive that it dragged me out of sleep at 3am to go searching for the source.  Then there were the mildew-smelling sheets that only bothered me that I had to strip off the beds to get the smell to stop latching onto my face the moment I entered the room.  I then had to wash and replace those sheets before sleeping the next night.  The environment was not my friend.  So now I was sleep deprived as well as over-done when I arrived, and challenged by the exercises.

And to top it all off, the other participants really seemed to notice that I was having a hard time which made it harder for me since I hate the idea of being the high-maintenance one.  I wanted to be low-impact to support Trish.  I wanted to fly under the radar and quietly get to the core of what was going on for me without bothering anyone.  And yet people kept asking after me.  How was I doing?  How did I sleep?  Was I ok?  And the exercises were very physical in nature which caused me to have to sit out a couple of times because I’m not used to so much exercise.  So I was noticed there too.  Try as I might, I was not invisible.

And then one of the participants offered to do a healing for me.  He saw I was stiff and sore and having a hard time moving.  And so he offered and I gratefully received.  He did two healings for me over the weekend.  On the second day, he caught me after lunch and after my morning meltdown where I not only found my tears from feeling like I was holding too much for the wedding planning, but also had gotten angry with Trish for trying to call me back to the group when all I wanted to do was cry and be held where I was.  I was finally getting my needs met and (in my mind) she was demanding that I leave my place of solace to come back to the group and share with them so that they could get something from it too.  My “not important”. “you don’t care about me”, “I don’t matter”, “my feelings don’t count” button got stomped on.  HARD.

And so it was that when we sat down to do the second healing, this lovely man, Aleksi, in his inimically Russian fashion told me that I had to have things my way.  I insisted that while this was true in my youth, I had done a lot of work to let go of this and to step into a more accepting way of being.  He said that this was not his experience of me this morning.   I said “I was 7 years old this morning, so I was having my 7-year-old response”.  I told him I was overdone and that this wasn’t the usual me.

He said, “If you’ve done so much to let go of this story, why do you keep calling it back?”

That question rocked me.  Why indeed?  And then I thought “because it’s true!”  But I had to question that immediately based on the reality that so many people had so clearly over the course of the weekend been expressing concern for me.  If I were actually not important, no one would have noticed my pain, my weariness, my sadness and overwhelm.  I would have been as invisible as I had been hoping to be.  But I hadn’t been.  I had been painfully visible, undeniably seen.  So the story wasn’t true.  And if this story wasn’t true, I had to ask myself the really hard question:

What If This Story Has Never Been True?  What If I Made It Up?

This has been a core issue I’ve been working on for over a decade.  I’ve invested countless hours of processing, upset, feeling slighted and hurt. and all kinds of other things in the supposed reality that this story had merit.  I was COMMITTED to it.  And here I was, suddenly wondering if it was all just a ball of crap.  And, you know what I came to?

It was just a ball of crap.  I totally made it up.

I’ve spent the last 36 hours or so looking back at all the stories that I had to support that core story.  All of the ways in which I could prove that I wasn’t important to those in my life who were important to me.  And now that I’ve let go of that story, I don’t see those experiences in the same light.  They look different to me.  In fact, most of these stories aren’t even about me anymore.  They are just about other people living their lives not realizing that anything they were doing was having a negative impact on me.  In fact, I was realizing that if I had opened my mouth even once to say I was unhappy, they might even have been sorry for me and tried to make it better.

I am currently looking at how this concept has been bleeding over into my business as well.  When my core story has been that I’m not important, is it any wonder that despite lots of people knowing who I am and being really powerfully positively impacted by the work I do in the world, my business success hasn’t been the raging success I’ve wanted?  I couldn’t have had a big business.  It would have meant I was important and we can’t have that!

So, I’m sitting with this as it settles out.  I’m realizing that there is an energetic “push” that has been present in a lot of what I’ve been doing, that was me trying to overcome this story and prove my importance.  And now that it is gone, I am left with this feeling of peace and letting go.  I have stepped into a new way of being.  I don’t know where it will take me or what that will look like, but I’m jumping in with both feet (as usual) and seeing where the river takes me.  I’ll let you know how it goes.