Why People Don’t Change And How They Can 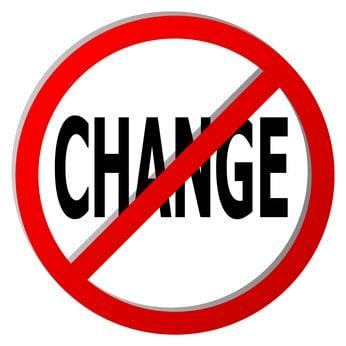 I spend a lot of time with people trying to make change in their lives.  They each have their own purpose for the change and each change is specific to the person, but I’m there to help facilitate the process and get them unstuck when they bog down.

In my experience, there are two reasons why people who say they want to change don’t. 1) They don’t have enough clarity around the pain they are in to overcome the fear of the change2) They aren’t willing to let go of the things, people, and identities (beliefs about themselves) that it would take to make the change

Getting Past the Resistances

There’s a phrase in psychology called “crystalization of discontent” and it refers to the moment when you get really clear about how unhappy you are, how much pain you are in, and how unacceptable your current situation is.  This crystalization can take a moment or years depending on the amount of denial and resistance you are in.  But if you want to get past the first of the two reasons people get stuck, then you have to crystalize your discontent.

The second part of the equation requires cultivating the ability, the courage, and the willingness to let go of what is and of who you believe yourself to be.  The former is easier for some, the latter easier for others, but neither can be considered “easy”.  Both are likely to trigger fear and security issues.  It’s learning how to be with the fear and persist long enough to make the change that determines who gets through and who gets stuck.

Try the tactics above.  If those don’t work, give me a call, I can help.