Rape Culture – Our Cultural Marriage Is On The Rocks 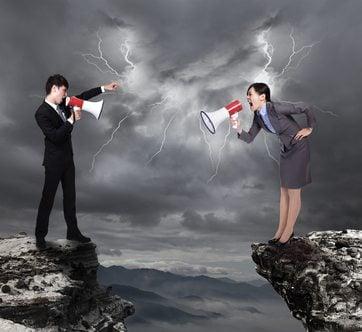 The Four Horsemen Of Our Cultural Marriage Apocalypse

In culture, the best way to look at what the genders feel about one another is to look at the media:  TV shows, movies, news outlets, and most importantly advertising.  Why advertising?  Because they KNOW what we buy as the cultural story and they use it to sell us their products.  The other media may be trying to change our minds.  Advertising will always meet us exactly where we really are.

And what you see is this – beer commercials with naked women being objectified (contempt) balanced by ads for cleaning products and other household items where husbands are portrayed as buffoons and wives as the smartest people in the world (contempt again).  There is contempt on both sides of the fence.  Each thinking that the uniqueness of the other makes them less worthy as full and complete humans in some way.

And I don’t think that there is any argument that criticism is taking place – mostly from the women’s side of the ring these days, but we’ve taken our fair share from the men over the last 50 years as well.  If you don’t believe that, then you haven’t been paying attention to the feminist movement at all. 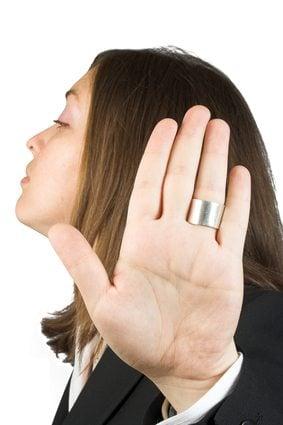 Stonewalling is ignoring the other person when they are talking – either because you are angry with them or because they are simply furniture to you and you have tuned them out.  It a failure to listen and communicate.  We haven’t been having open communication and dialog in this process of bringing women more into equality at all.  The “Battle of the Sexes” says it all in the name.  When we are at war, diplomacy has been left on the sidelines.

But it’s this last one that concerns me the most and that’s this conversation about rape culture #YesAllWomen.  Because without overcoming this one thing, I don’t think there’s hope for overcoming the others, and I don’t know about you, but I LIKE men.  I like them a lot.  Most of the men I know are pretty awesome people.  I don’t want a culture in which they are demeaned any more than I want one in which I am demeaned.  If you love someone, you don’t want bad things to happen to them – it’s that simple.

But so long as we live in this space where men are treated as “the bad guy” and made entirely responsible for fixing rape culture, we will have this problem.  Because we as women have to take our part too.

And some of the “fixing” we are doing is actually perpetuating the cycle of violence.

I’ve been in the world of personal growth for many years.  But there is a trend happening in the last decade or so that disturbs me.  It’s men coming out and saying that they are ashamed to be men.  The messages they are receiving is that it’s their fault that other men have abused women.  And they are taking it to heart and it hurts them.  I’ve seen many men in a lot of pain about something that didn’t have anything to do with them.

I have also worked in schools where children who lived in homes that were not so supportive have begun to act out in emotionally and physically violent ways at school in order to let off some of the steam of their anger and frustration at never being good enough.  Do we really want to continue to create a culture in which men grow up to hate themselves for being men?  (Before you answer, remember that rape is never about sex, it’s about control and a feeling of being powerful and in creating this culture we are creating a world where men feel powerless to ever be good enough.)

Now I know that some of you women out there are saying “good, let them experience what we’ve experienced for generations!”  But I’ll remind you of several things.

Change Your Perspective For A Moment (Step Out of Defensiveness)

Take a moment to see the world from a man’s perspective.  Imagine what it must be like to be someone who requires a purpose, someone to serve, and to be appreciated for that service to be happy. Now imagine that the world which once so clearly defined your way to happiness has stripped you of your role and handed everything that had been yours to do, to the women you wanted to do it for such that they don’t really need you anymore – leaving you without a purpose.

Then, it has portrayed you as killers on TV shows and in the media doing horrible things to women, and told you about the terrible things done by others of your kind for which you feel responsible.  (Because your role that you were raised with said it was your job to protect women and clearly you failed even though they refused to let you do it.)  Then when you’re already feeling like a failure, you are vilified by women for participating in rape culture.  I’m not saying that there aren’t men who actively propagate rape culture, but most men participate at a completely unconscious level because it was part of their early programming so they don’t think to question it.

Do we need to raise their awareness?  Yes.
But we don’t need to do it by destroying their self esteem.

“Male Entitlement” Is a Coping Mechanism

I keep hearing how evil “male entitlement” is.  And I agree that it’s a damaging ideal.  But let’s look at it a little closer.  Male entitlement is a clear coping mechanism to deal with the fact that in all but violent situations, women are the ones in control around sex. Men want it and we hold the keys saying yes or no. Men are at the mercy of our desires unless they are willing to rape us. We cannot possibly understand what that means because our sex drives bear no resemblance to theirs.

Imagine that you are always hungry, and that you really desperately want to eat all the time (perhaps you have a nutritional deficiency where your body is compelling you to eat constantly). You can get fast food anytime you want (through masturbation), but for real, healthy food you have to talk someone else (who may or may not be hungry and who may or may not want to eat with you) into letting you eat with them.  The hunger is gnawing at your stomach and you have to play games and write emails and talk her into having that meal with you. And you don’t understand why she isn’t just as hungry as you are and why she only seems interested in having small bites and then leaving when you want a feast of epic proportions all day every day. Of course you’re going to engage in some fantasy fulfillment when you are feeling that out of control. You are trying to find ANY control in a world that has denied you your purpose.

I’m not saying that the patriarchy isn’t a problem, and I’m not saying that rape is ever justified,  I’m just saying that it’s a broader problem than we acknowledge. And I’m stunned that people seem surprised that these issues exist now since many of these issues have been in place for generations, they just haven’t been talked about openly.  Now they are being talked about.  Communication is opening.  I am highly encouraged by this development.  With it in the open, there’s a chance to change it,  but only if women are willing to step out of our victim roles.  Because if we don’t, we will fall back into the defensiveness posture and it all goes to hell in a hand basket again.