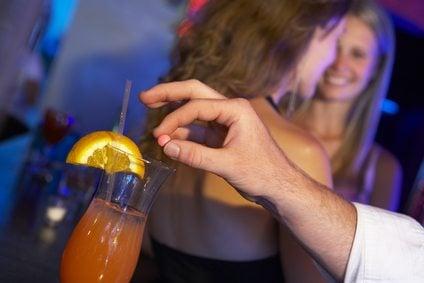 Who Is Responsible for Rape Culture?

I’ve just read the article A Gentleman’s Guide to Rape Culture  (you’ll probably want to read this article first so that you understand what I’m referencing).

If We See Ourselves As Victims, Then We Are Powerless to Change Anything

OK – so I’m torn on this. I think one of the biggest problems of rape culture is that men and women both treat women as victims. And so long as we are victims, we are powerless to change our experience.

Rape Is About Power, Dominance, and Control – Not Sex

This man also said “rape culture isn’t just about sex” and I will say that rape is NEVER about sex – it’s about power and control. It’s most often committed by men who are feeling powerless and need to feel like they have power over someone. There is an entitlement factor that also happens in date rape and relationship-based rape that also needs to be addressed.

For men, I’d say that the best thing to do is to try to re-instill the reverence and sexual respect (intellectual and other types of respect didn’t exist then) for women that existed in the 50’s. (Although rape happened then too, so it’s not a solution.)  But women also need to develop a sense of reverence for ourselves.  We set the bar for how men can treat us by how we treat ourselves and each other.  So long as we hate ourselves, our bodies, and compete with one another in vicious and violent ways, we can’t expect any better from men.

We Started It – We Burned Our Bras

But we keep leaving out the role that women need to play in eliminating rape culture. We were the ones who burned our bras and asked to be treated as men were, not coddled and protected. We stepped up and claimed our sexuality and brought it forward into the world. We created the world in which we are openly treated as sexual objects as much as men did. And I don’t regret it. We have made great strides.

Bringing Old Beliefs Into The Light

If you think about it, we haven’t really seen a change in our culture at all. What we’ve seen is a bringing into the light the beliefs that have always existed underneath the veneer of polite society. If you doubt this, watch Mad Men sometime. That’s the truth of how women were treated. For generations before that we were chattel, property to be traded and sold, whether it was on the streets or in marriage. We have finally attained person-hood status. And yet the culture of ownership and therefore righteous entitlement still exists. That’s no surprise. But what is lacking is our (women’s) ability to speak up for ourselves in situations where what is happening is not OK .

Where Are Our Voices?

Women are still taught to keep the peace. Mothers still teach their daughters to not make a scene, to not rock the boat, to sacrifice themselves on the altar of everyone else’s happiness. We are taught not to say “no”, so much so that one woman speaking to another will never actually ask for something unless she really needs it because she knows that it puts the other woman on the spot to HAVE to do what is being asked or break the social convention and say “no”.  So long as this is true, we rob our daughters of their voices. We rob them of their ability to speak out for themselves.

As much as we “claimed” our sexuality in the 60’s and 70’s, we still haven’t changed the social stigma of sex for us.  Women are still kept in a place of perpetual “wrongness” around sex. We cannot like it or we’re sluts. We can’t not like it or we’re frigid. There is no way to win in our society as a female sexual creature. Once we give up our virginity, we’re ruined. It’s not said explicitly, but it might as well be. It has the same effect. Until we can step up and claim our sexuality without apology, we’re at risk every time a man makes a sexual comment or move in our direction. We feel under attack and our fight, flight, or freeze response sets in.

If We Own Our Sexuality, We Have More Options

When we own our sexuality, then things that happen can be responded to differently. The cat call can be stared down if we are insulted or met with a “Thanks!” if we are complimented. The unwanted advance can be met with a “thanks for the interest, but I’m sorry, I’m just not attracted to you”. And then followed up with more reinforcement of boundaries if the guy tries to talk you out of it (or into it).

We don’t teach women how to be powerful and self-determining. We teach them to be victims and then we wonder how rape culture gets promulgated. Yes, men need to do their part and I love this guy’s approach to being the “big brother backup” if there’s a problem – that’s exactly the approach I would appreciate. And, as a woman, I can do this for another woman as well. It’s not just men who can do it. A third party will always change the dynamic. Period. It doesn’t have to be a guy. Implying that it does makes us victims again. It’s a perpetuation of the same ideals that created rape culture in the first place.

We Need To Claim Our Power

If we truly want an end to rape culture, it’s the women that need to change. We need to step up and claim our power. We need to state and enforce our boundaries. We need to own our desires, so that when we say “no” we are believed because we know how to say “yes”. When we step into our power, men will begin to see us differently. But I want to be clear. This may begin the end of rape culture, but it won’t end rape.

But It Won’t Stop Rape, Only Limit Rape Culture

Rape, like any other crime, is done by one individual to another. It’s a function of a feeling of powerlessness. If we begin to educate our population about personal power, this has the potential to significantly reduce the incidences of rape. But in my 25 years of teaching this work, I can tell you that not everyone will embrace their own power because it requires embracing your own responsibility too. And many are unwilling to accept that. So even the teaching of personal power will not end it for everyone. But it will make it a rare thing.

It Starts With Us

There is no easy answer to this, but to me there is an obvious starting point. And it’s with us #YesAllWomen.