Dealing With Challenging Emotions – Sitting in the Soup 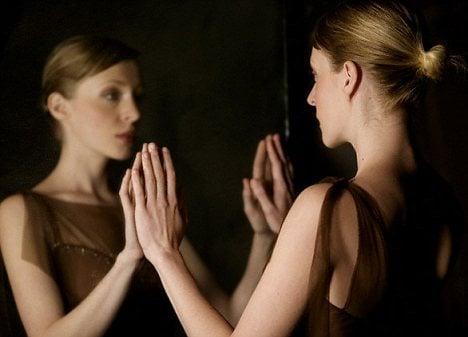 Getting Out Of Emotional Management and Shutdown

For those of us who have denied or managed our emotions for a long time, it can be challenging to try to allow those emotions to flow once more.  We get stuck in our head, or we go into shut down, or we try to THINK through the emotion rather than FEELING it.

You Must Feel Them To Let Them Go

Feelings are just that – something you FEEL.  They can’t be processed with your head.  They are inherently a body-based thing.  You must allow your body to process the emotions.  Feel your feelings – sit in the soup of them and allow them to be without trying to shift or change them.  If you allow them to flow freely, they will move fairly quickly through your body and out again.  This is true for all emotions with the exceptions of the ones below.

The Exceptions To This Rule Are:

Anger Is a Secondary Emotion

Anger isn’t the first thing you feel in response to a situation.  It’s what comes after the primary response.  For instance, if someone treats you badly you may feel hurt or sad or disappointed and then those emotions combined with the idea that you didn’t deserve the treatment cause you to become angry.  Therefore, trying to sit in the soup of anger will get you nowhere except it will make you more angry.  This is because you haven’t dealt with the underlying emotion to be able to discharge that.  Sink in and find what’s under the surface and sit in the soup of that instead.  You may need to discharge some of your anger before you can get to that emotion though.  For this I recommend a whiffle bat liberally applied to your bed with a lot of yelling and screaming about what you’re angry about.  You may want to purchase some gloves as well – it’s pretty easy to tear up your hands if you’re not careful.  Of course, you’ll want to clear your bed of the negative energies when you’re done.

Overwhelm isn’t an emotion, it’s a safety response to too much input.  It is your brain’s defenses kicking in and turning your brain off so that it isn’t damaged by the input.  It is this same function that causes people in a traumatic experience to forget what happened.  So in essence, if you are overwhelmed, you are traumatizing yourself.  Immediately take your mind off of everything that needs to get done and hone in on what can be eliminated from the “To-Do” list.  Cut things out until the overwhelm begins to fade and then refuse to add things back in again until you’ve taken items off the list.  If there isn’t anything that can be eliminated (and this is rarely the case), then just focus on what’s next and stop trying to see the big picture.  Just do one thing at a time until you make enough headway that looking at the big picture doesn’t cause you to shut down anymore.

Depression, like anger, is an emotion that amplifies if you sit in it.  I want to be clear that depression and sadness or grief are not the same things.  Grief comes in waves and if you stay with it, it eventually flows out again – sometimes in minutes, sometimes in a day or two, but it is not completely overwhelming all the time.  It ebbs and flows.  Sadness, by the same token, can be debilitating for short periods, but it eventually wanes if you allow it to flow through.  Depression amplifies as you stay with it.  It comes with a sense of hopelessness and numbness.  These are the indicators that you are in depression and not another emotion.  Grief and sadness are PAINFUL, depression is numb.  The reason we numb ourselves to depression is because it is anger turned inwards and because we are angry with ourselves, we feel we deserve it.  This sense of deserving the anger keeps us from rebelling against it as in a typical outwardly focused anger response.  We knuckle under to the internal abuse and hopelessness sets in because we realize that without help, we’re not going to stop feeling this way because we are our worst abusers.  Because depression is an anger response, the same rules apply.  Find out what is underneath the anger at yourself and sit with that emotion instead.  There are often negative assumptions that we make about ourselves at the same time that the depression kicks in, so getting an outside perspective is often helpful in questioning those assumptions.  Byron Katie‘s The Work is also a great tool for addressing these assumptions.

The last of the exceptions to the “sit in it” rule is fear.  Fear can cause a complete failure to process.  Depending on your makeup, if you sit in fear, it will cause a fight, flight, or a freeze response.  In most cases in the civilized world, these responses do not serve you.  They cause you to act in ways that are counter to getting what you want/need out of the situation.  So instead, it’s better to take fear and “screw it to the sticking place” as Lady Macbeth would say.  Literally this means to take the fear that has risen from your belly up into your throat and push it back down into your belly, which is the third chakra (solar plexus) and the seat of your personal power.  Then give yourself positive messages about how awesome you are and how you are capable to handle this situation.  Shore up your personal power and you will build courage.  This courage is what allows you to be able to act from a balanced place of knowing what you want and what you are willing to accept rather than from a reaction to the fear that you are feeling.

For all emotions other than the ones listed below, sit with them and allow them to flow through you until they flow away.  Don’t try to change them or deny them.  Just feel them and let them move through you without response.  The exceptions are: