In Search of the Goddess/AntiChrist? 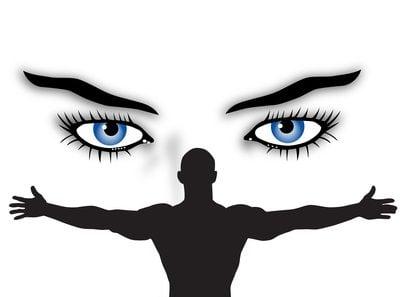 I was speaking with a woman at the Diesel Cafe the other day on the subject of women’s power and the ideals of ancient Goddess mythos. Being a teacher of these things, she pointed me to several publications and prominent people in the field. I followed the links online and found a very interesting concept.

One of the links she gave me was to Jack Parsons who was a devotee of Aleister Crowley. In Wikipedia, it tells about his writings. Evidently, in 1946, they, Aleister Crowley, Sampson Bennetts, and Sara Melian Gabriel participated in a ritual called The Babalon Working which was designed to bring a living Goddess into the world. Upon further reading on this topic, I saw that in Enochian, Babalon means “wicked”.

OK, now follow with me here. It is well-known that when a new religion takes over, it vilifies and makes evil the old religion. This is done as a way of converting people to the new belief and getting rid of the old. In Christianity, women are very often shown as being the bringers of evil or as being inherently evil. Lilith (Adam’s first wife) was thrown aside for asserting her power and was cast into the mythos as the Queen of the Demons. Eve was the cause of humanity’s fall from grace. Even Mary Magdalene, devotee and right hand of Christ was cast as a prostitute (a “fact” which has been challenged by reputed scholars). It seems clear that in the pulling away from the Goddess archetype in religion, women were cast in the role as evil.

So, are you ready for it? If it is true that women were painted by the nascent church as evil, is it not possible that the coming of the “Anti-Christ” heralded in the scriptures might actually be the return of the Goddess into the world?

Something to ponder on a Thursday morning.

Oh and if you want to really break your brain around this subject, ready The Red Goddess by Peter Grey.  (Warning to you women – half the book will have you saying “this guy is brilliant!” and the other half will have you screaming “stupid man! he just doesn’t get it!”  The brilliance is totally worth the irritation.)  And when you’re done with that, read Red, Hot and Holy by Sera Beak.