Transformational Rituals Happen All The Time! 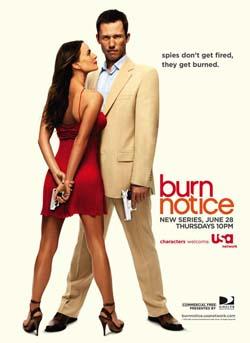 Life Offers Up Many Opportunities To Transform

While I was co-facilitating the first ever Manifest Your Mission workshop with my business partner Kelle Sparta, the television series Burn Notice was coming to an end. After seven years on the air, it had finally reached its conclusion. I had followed this program since its inception because I too had been unfairly treated by former employers, so I identified with his struggle.

The Journey Begins With A Significant Challenge

The basic premise of the story was that the main character, Michael Westen, was a spy for the United States who was unfairly “burned”, fired from his job and blacklisted. It was a significant change in his life – a confusing and painful situation – because he had not done anything to deserve this expulsion from his known and comfortable world

The Hero’s Journey Can Be Long And Frustrating

Over the course of seven seasons, Michael sought to find the source of this “mistake” and correct it, so he could return to the work he loved. But clearly his former employers no longer loved him. He faced countless challenges, some frustrating, some dangerous, working tirelessly to return to where he wanted to be.

Along The Way There Is Both Joy And Suffering

In the interim, Michael and his friends would help other people who had been unfairly treated by the system (or by other bad guys), much as he had been. And while they could fix things for other people, Michael was never really able to fix things for himself. Every step forward invariably led to almost a full step back. Along the journey his brother was killed. He almost lost the love of his life. And ultimately his mother was killed. So he helped many people AND he suffered an incredible amount of loss on his journey.

Completing The Journey Requires A Change In Perspective

But in this last episode, the series finale, Michael finally found his answer. He realized that he could never go back. And that only two real choices were ahead of him. (1) Settle for an “almost” option that was soul sucking. Or (2) choose a different path, one of love for his girlfriend and his life, and let go of his old world entirely. And in the letting go, he found what he was truly looking for.

Initiation Into Something New Requires Powerful Emotions And Death

The pivotal point in the series finale (for me) was when Michael’s mother told him that she was sacrificing herself for him and the others. And that there was nothing he could do about it – other than make her sacrifice count for something by escaping the terrible situation they were all in at that point. This is when I saw powerful emotions come into play as he realized that there was nothing he could do to save her. And that he had to change his perspective in order to escape the situation he was in. He had to choose life – not his old life, but a new life. And in doing so, he had to die to his old life, to literally blow up and bury any attachments to what was – in order to have the space to embrace a new future.

I watched the show after I got home from the workshop (thank goodness for DVRs). It was moving, particularly as I had been following the show since it started and I felt that I “knew” these people. Their struggles had been my struggles – not just because I was watching the show, but because I too was on a similar journey, trying to find my way in the world. So I cried (my own powerful emotions). But I realized that some of my tears weren’t just for the emotional ending created by the show’s writers. My tears were also for myself – because I too had just stepped into a completely different choice, letting go of all my efforts to get my old life back – and all my previous definitions of what I needed to do next. I had lost myself, getting tied up in fear about how I was going to make a living at something that was meaningful to me. I had to blow up and bury my attachments to what was – to let my old life die.

And After The Dying Comes The Amazing Experience Of Being Reborn

So when I let go of the fear and the striving and just embraced what was right in front of me, it all changed. I stepped into something completely new – and it was exactly what I needed to do. Just like Michael Westen, I let go of what was and took a leap of faith into what could be. And the result was not only positive but profoundly life affirming – for myself and others.

Transformational Rituals Can Happen Anytime, So Be Open To The Possibilities

The timing of the Burn Notice series finale could not have been more perfect. The experience of a powerful ending followed by a beautiful new beginning reflected my own experience of our workshop. I was reminded that I don’t need anything special to experience transformation in my life. I just need to be open to the possibility – and I will be transformed.

Have You Experienced Unexpected Transformation In Your Life?

Please share! We are all encouraged and supported when we share the powerful, positive changes that happen in our lives with others.