Fear And Personal Power In Union 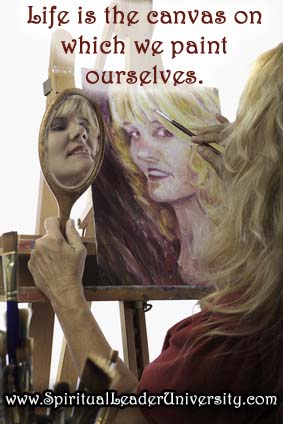 Much of the work that Kathy and I do is around helping spiritual people step into their personal power.  It is at the foundation of our Manifest Your Mission program and the core of the Mastering Magick series.  But we often face challenges when asking these potentially very powerful people to step into and fully own that power.  There is resistance.  This resistance is most often based in a fear that they cannot be trusted with the power that they hold.

You Hold Your Power Already

The truth is that if you are a powerful person, whether you want to or not, you’re holding your power.  There’s no other option.  You may try to pretend that you’ve handed off responsibility for it to someone else – a teacher, friends, etc.  Or you may deny you have it at all.  But whether you admit it or not, it’s yours and you’re using it.  The question is, do you want to use it unconsciously or consciously?

We already had our discussion about fear and power from the perspective of duality.  And if you haven’t read that post, I’d suggest you start there to get that perspective first.  In union, power means something entirely different – or rather nothing. Let me explain.

Whatever you are afraid of in duality makes no sense in union.  Fear is associated with potential for damage or death.  Since there is no time or space within union, there is no distance between concept and existence.  All potentials already exist.  Therefore there is nothing to fear since fear requires anticipation of a negative outcome and neither anticipation nor judgment of positive or negative exist within duality.

Abuse of power is also an entirely dualistic concept that requires a victim and a perpetrator.  If there is only oneness, then neither victim nor perpetrator can exist because the definitions of both words require two participants.  And if you think that oneness has an internal dialog with itself where it creates the victim and perpetrator dynamic, then you still don’t get what oneness means.  In oneness, duality makes no sense.  It doesn’t exist.  So even arguing with yourself doesn’t happen because there is no conceptual way to split your consciousness.

You Can’t Hold Power In Union

In fact, even the concept of holding your power doesn’t exist because that implies that your power is something other than you and in union, you are everything.  So power isn’t something you hold or wield, it’s what you are – along with being everything else.  It simply IS.  It doesn’t even exist as a concept since to be powerful implies an opposite – to be powerless.  And that again is a duality concept.  If something has an opposite, it doesn’t exist within union consciousness.

There Is No Creation or Destruction or Even Experience

Because union is by definition everything that is, ever was, or ever will be, there can be no creation and no destruction.  These are dualistic terms that have no meaning in the union consciousness.  Which also means that there is no good or evil – all just is.  There isn’t even experience since that implies time and space which are duality constructs as well.  In fact, from a duality experience, it’s very hard to even conceptualize what union is like.

The Closest Thing in Duality to Union is Presence

Presence is the closest you can come to the experience of union in a duality consciousness.  It is the connection of self to one’s surroundings to the extent that one can comprehend.  It is a beingness in the moment, without thought to past or future, without judgment of self or other.  It is the receiving and acceptance of all that is into yourself.  This is the closest you can come in duality to experiencing union.

And So What Does Being Powerful Mean From A Union Consciousness?

Not a damn thing.

If you’re like many spiritual people these days, you’re probably on a path to help raise the consciousness of the planet to the next level – to get us closer to Union.  But as you can see above, to do that, we are going to have to let go of some of our conceptual “realities”.

The first concept to let go of is judgment.  Deeming things “good” and “bad” is a lower level consciousness and a ridiculously simplistic approach to what we know to be a complex reality in which we exist.  I am reminded of the old Chinese proverb.

A man his father are living on a farm. One day the man is out plowing the fields and the horse goes lame.

The son complains to his father “oh, we have such bad luck that the horse is lame!”

“We shall see” the father replies.

The next day the son is out pulling the plow himself and he falls and breaks his leg.

He laments again “the Gods must be angry with us.  This is a horrible turn of events!”

Once again the father replies “we shall see.”

The next day the army comes through town and conscripts every able bodied young man.

This time the son is elated!  He says “See!  It was all for a reason!  Fortune has smiled upon us indeed!”

The father replies “we shall see.”

No Judgment Means No Fear Of Power