How To Be A Shaman – Spiritual Growth Requires Thought Alchemy 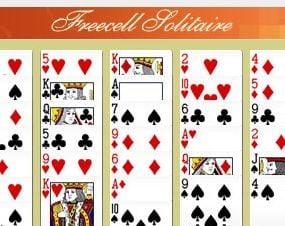 As we look more closely at how to be a shaman, we want to consider that one of primary aspects of shamanism is the ability to see the world from many different angles.  To do this, we need to learn how to think differently.  This is the definition of Thought Alchemy is changing the way you think.

Why Playing Freecell Taught Me How To Be a Shaman

If you’ve ever known any real estate agents, you’ll know this – they will do anything to avoid making prospecting calls.  And so, thus is was that I spent a great deal of my time playing the solitaire game on the computer called Freecell.

Finding The Path To Success

At the same time I was avoiding my prospecting, my husband was at home doing much the same thing – only he was avoiding job hunting (and who could blame him?)  So the two of us were fast becoming Freecell fiends.  But while I got to a place where I could regularly trounce the computer, he only managed to win one out of every five games or so.  In frustration, he asked me one day what my secret was.  I told him this: you have to be willing to box yourself in.

Keeping Options Open = a Failure To Commit To a Path

Games Train Your Brain To Think In Certain Ways

One of the things that I realized as I played Freecell during this time is that it was training my brain to think in a new way.  It caused me to look at the next couple of moves and that was it.  I had to trust that the cards would come around to make the rest of the plan work.  And you know what?  They always did.  And it wasn’t just me, when my husband started using this same technique, he started winning tons of games too.  When you play certain games over and over again, your brain develops new neural pathways that work in the way the game trains you to think.  And learning new ways of thinking is one of the best ways to engage in a path that teaches you how to be a shaman.  If you want to expand your brain’s plasticity, play different types of games all the time.  Question everything.  Look at the world from as many different perspectives as you can.

Using The Skills I Developed In Freecell

A few years later, my thought skills developed while playing Freecell were put in place in my life as I divorced my husband, sold my house and my business and moved out of state.  I had no idea that I was learning how to be a shaman or where I would land, only that these were the right next appropriate steps to take.  This path would eventually lead to my shamanic initiation and being on walkabout – the ultimate form of boxing yourself into a path.  Try giving away everything you own, leaving your job and not knowing where you’re going past the next step.  THAT will teach you to trust the universe.

I Really Do Owe My Current Life to Freecell

So really as I look back on my life, I can trace it all back to the thought processes that I learned while playing Freecell.  I still use those same neural pathways today in my shamanic healing work and in my life path – even though I haven’t played the game in many years.

What shamanic head-games are you playing with your brain today?