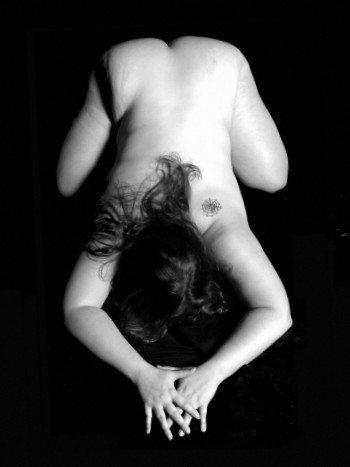 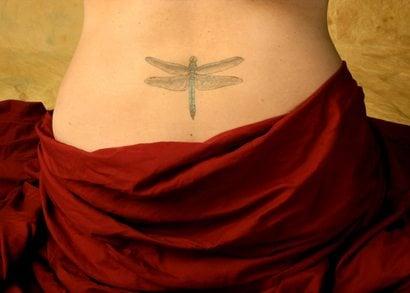 Body Art Is An Ancient Practice

The practice of indelibly marking ourselves may be almost as old as the human race itself. However, one of the earliest examples of tattooing that has yet been discovered consists of patterns of dots and lines on the body of a priestess of Hathor from the XIth Dynasty of ancient Egypt (circa 2200 B.C.E.).

In addition, ear, nose, and lip piercing; skull modelling; and/or deliberately altered dental structures, along with the practice of scarification (marking the body by burning, branding or cutting designs, pictures or words into the skin that form scars) have existed for so long that no reliable evidence of historical inception is currently known.

There Are Many Reasons To Mark Ourselves

There are many reasons why we choose to mark ourselves, but most of these can generally be divided into five discrete categories. There are:

(1) Symbolization of an Interpersonal Relationship – markings that identify the recipient with a loved one, enhance a love / sexual relationship, or are taken on as proof of fidelity or commitment to a specific individual.

(2) Participation in a Group – markings that identify the recipient as a member of a specific group and clearly document that individual’s commitment to the group.

(3) Representation of Key Interests and Activities – markings that identify a process of personal importance to the recipient (religious beliefs, magickal initiations, occupations, protections against illness or ill fortune).

(4) Self-Identity – markings that represent an aspect of the recipient’s personal identity and/or a sign of accomplishment (astrological signs, nicknames, status indicators).

(5) Decorative / Aesthetic Statement – markings that are selected by the recipient because of their perceived beauty and/or artistic quality. Markings of this type represent the most intimate art form available to humans and have been practiced by most cultures throughout history. For example, while tattoos, scarification and piercing represent the more historical examples of body art, current mainstream body art practices in the United States include orthodontia, hair implants, silicone breast enlargements, nose jobs, liposuction and face-lifts.

The Bibles Say You Shouldn’t

In Western culture, body art in the form of tattoos, scarification and/or piercings has been slow to be accepted, primarily due to the Biblical injunction against it (Leviticus 19:28: “You shall not make any cuttings in your flesh on account of the dead or tattoo any marks upon you.”).

Nevertheless, in other traditions, permanent and temporary body art practices are often seen in a sacred or magickal context, and are almost always of a social orientation. It is the view of many that an unmarked body is an inarticulate form, separated from its social / cultural identity; and, that only when the body acquires the “marks of civilization” does it begin to communicate and become an active part of the greater social experience.

Is Body Art An Expression Of Nonconformity?

Some people see tattoos or piercings as clear statements regarding the individual’s perception of cultural norms as undesirable, as a way to assert their uniqueness and nonconformity with conventional attitudes and values. In “Marks of Civilization: Artistic Transformation of the Human Body,” Arnold Rubin, ed., 1988, then Governor Jerry Brown of California welcoming address to the Tattoo Expo on November 12, 1982 included the following: “In decadent phases, the tattoo became associated with the criminal – literally the outlaw – and the power of the tattoo became intertwined with the power of those who chose to live beyond the norms of society. Today the realm of the outlaw has been redefined: The wild places which excite the most profound thinkers are conceptual.”

Or Is It Just Another Way To Express Ourselves?

As in all cultures, meanings and implications come from the attitudes, motivations and intentions of the specific individuals receiving the markings. For many individuals, a tattoo or other form of body marking is no more than another method of artistic expressions such as music or painting. So why do we mark our bodies? As a statement of power? As a way to be beautiful? As a demonstration of our commitment? Or maybe as a way to show our uniqueness?

In the final analysis, the specific reasons we mark ourselves can only be truly known by those of us who have done so. The nature of the act is, like our bodies, ours and ours alone.

Have you ever gotten a tattoo or piercing? Do you still have it, still love it? Or have you “moved on” to other forms of expression? Care to share? We would love to hear from you.

The preceding was originally published in Mezlim magazine and is edited and republished here with permission of the author, Kathy Scheiern.