Engage The Warrior Within 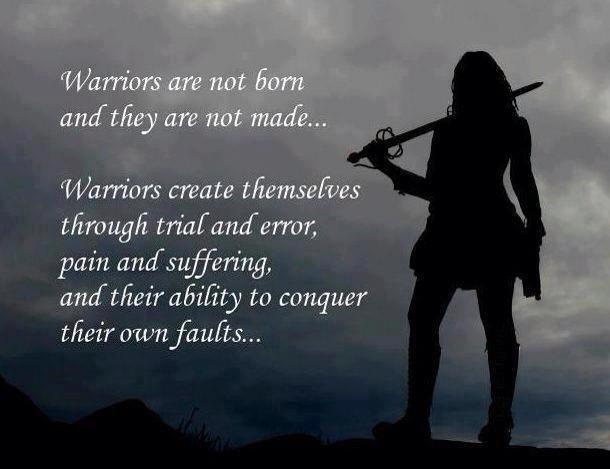 What Do You Do With YOUR Inner Warrior?

There is a warrior within each of us. The question is whether we will engage this warrior in the physical plane or the spiritual one.

If we do battle in the physical plane, we will face many foes, take many hits, and the battle will rage on indefinitely – eventually wearing down the warrior until he finally falls.

If we engage the warrior in the spiritual plane, we will face but one foe – ourselves – and the more battles we wage the stronger the warrior becomes.

The choice is yours. Where is YOUR battlefield?

Dealing with the warrior within is one of the biggest challenges that many of my clients face.  The rage has built up over the years and when they feel victimized in some fashion, the warrior within emerges to say “if we’re in a battle over who will be victim and who will be perpetrator – then I will be the biggest perpetrator you have ever seen!”  Their warrior is fearless in this battle because he operates out of rage.  Before he emerges, he packs away all compassion and walls off the heart so there can be nothing to stop him from laying waste to the person who dared to start the cycle of hurt.

But once the warrior retreats and the heart opens up once again, the client ends up regretting the actions – however much they felt as though they were pushed to them by the other person.  They never really forgive themselves.  And so, they try to wait longer and longer between cycles – putting up with more and more from others, a cycle which builds the rage even further.  It is a vicious circle.

If you need help breaking this victim/perpetrator cycle, I invite you to contact me for a private session.