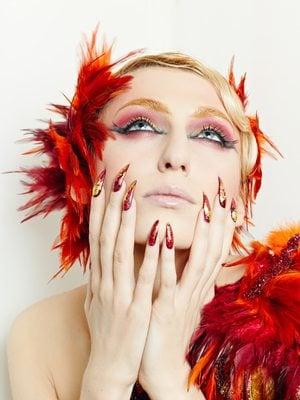 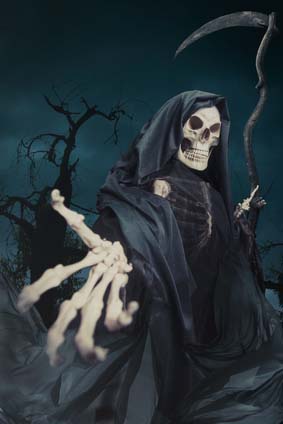 Death Has Many Faces

Death has many faces; some known and some yet to be discovered. Before I became better acquainted with Death, I feared it – its permanence; the pain associated with its process; the darkness with which it cloaked the world beyond its portal. My fear was reinforced by early training in the Christian belief system where Death is associated with judgment and probably condemnation to the depths of hell (not an enviable fate).

But We Deny Death’s Relevance In Our Lives

Yet, in this civilized country in the middle class within whose confines I was raised, Death is a rare visitor. Medical breakthroughs which extend life (and thereby allow us to think we can cheat Death) are heralded with loud fanfare and are greatly sought after. Death is reduced to a macabre form of entertainment, more frequently referred to as “the evening news,” where it usually manifests in a larger than life sense with lots of gore, and where it always seems to happen to the other guy. Our lives have become so insulated that many of us never even gaze upon the most basic face of Death, that of a loved one, until well into adulthood; and even then, somehow, we deny its relevance to our own lives.

Yet Death Is Both Powerful And Present In Our Lives

I was one of those very insulated god-fearing, middle-American types whose only (relatively inconsequential) brush with Death had come in my early teens when a friend’s brother had died. Then, as an adult, I found myself working in the “Third World” for several years during a period of overt warfare and covert guerrilla activities. Violent death was a frequent and often unannounced visitor, greeted casually by the living. Life was truly “cheap.” It was a lesson I took deeply to heart. My world became brighter, more in focus, more intense. Everything was important. A detail could determine my survival; a passing flower vendor might be my last chance to experience those particular blossoms. I clung to Now because the Future seemed totally unobtainable; I just “knew” I wouldn’t live that long.

Living With Death Changes Your Perceptions; It Transforms You!

Living with Death as a daily companion changes your perceptions, your choices, your world. It is a life at the very edge of existence, constantly touching the periphery of that transitional space between worlds. Some who inhabit this space grow to love Death and court Her, risking all manner of heroic acts in hopes of attracting Her. Some choose to withdraw and inhabit internal worlds where Death is excluded, living life as if She does not exist. Some see Death, but are so filled with fear that they vehemently deny Her presence, refusing to see or even acknowledge the tangible evidence laying sprawled in the street. And some see and hear and fear, but have the courage to reach out and use the power and clarity created by living in this transitional space. They use it to survive and to transcend and sometimes even to cross thresholds into other worlds – a type of death in service to living – known as Transformation.

Transformation Always Involves Death To What Came Before

Transformation occurs spontaneously – like the girl who becomes a woman as she prepares for her first date, or the boy who becomes a man as he shoulders the responsibility for his first real job. Such transformations occur as the individual, faced with a change of status in life, prepares to meet the challenge presented by their specific circumstances. Life itself initiates – without the assistance of magickal orders. However, assistance is useful if the full impact of such transformational experience is to be realized and internalized so as to provide a solid foundation for future growth and development.

And Transformation Can Be Planned With Intent

“Planned” transformation is generally no more predictable in its outcome than its spontaneous counterpart. The difference lies mainly in the intent of the individual – who chooses to enter willingly into the transformational experience, proactively managing the process of growth within their lives – and in the world view generated by that experience. Spontaneous transformation is often accompanied by a reactive response to circumstances; and, this, in turn, instills a sense of powerlessness in the individual – “the world happens to me” rather than “I happen to my world.”

To Transform, We Have To Confront Our Fears

In a reactive mode, Death / Transformation is to be feared because one is always at its mercy – never prepared, always filled with uncertainty. In a proactive mode, Death / Transformation can be used to enhance life by furthering one’s pursuit of self actualization and personal growth. Transcending the Abyss (and the fear associated with that activity) is necessary to attain one’s True Potential. We have to confront our fears to grow.

Reacting To The Circumstances Of Our Lives…

One of my “reactive mode” transformational experiences occurred when I was a freshman in college. I had stayed late at the computer lab and was walking home alone when I was attacked. I was psychologically unprepared to take any sort of proactive action to avoid or mitigate the consequences of this attack; and therefore incapable of responding to this physical violence in any other way than physically. My reactions (training and strength) were inadequate for the circumstances. I was overpowered by the sheer physics of the situation. I can still clearly recall the intense rage and fear I felt at being rendered so completely powerless.

…Can Have Less Than Optimal Consequences

The Self who emerged from this experience was a very different Self than the one who had gone to the computer lab earlier that evening. Besides the obvious physical consequences (which healed over time), a great many internal changes took place. Much of my trust died, along with my sense of invulnerability. I no longer looked at physically risky activities as “invigorating challenges”. My outward expression of my inner Self was greatly curtailed. And I learned that I was emotionally capable of killing someone – because my rage and my fear went that deep.

How We Deal With Those Consequences Shapes Our Lives

Those levels of rage and fear opened doorways to places within my Self that I had never known existed before. The capacity to kill was one of the discoveries that I made in those places. That particular discovery, so closely related to Death (my willingness to assume the Aspect of Death for another human being) raised an even greater fear in me – my fear of this new Self I had discovered. What kind of person had I become that I could contemplate such a thing, and even desire it? Not knowing how to resolve this question, I chose to hide from this Aspect of my Self for many years.

As I continued on my particular life path, I became acquainted with magick. I discovered the guidelines for undertaking self-transformation “with intent”. I began to specifically address my fears in ritual. I worked to reclaim my sense of trust and of power over my internal world (and succeeded, for which I am very grateful to this work). I have continued to work at tearing down the barriers I built around my inner Self. And another personal fear, that of Exposure / Rejection is slowly passing into oblivion. Magick is powerful stuff; the stuff of which transformation is made – of ourselves and of our world.

Transformation Leads Us Into Uncharted Territory

Death / Transformation is the vehicle which carries us into new and previously unexplored territory. It is unique in that in the process of transporting us, it also transforms us. The old Self dies and the new Self does not yet recognize this new internal landscape. Maps for this new territory must be developed; Self slowly comes to know Self. And the process continues.

All growth occurs in cycles and includes Death. It is an integral part of the process. Without a clearing away of the old, there is no space for the new to come forth and develop. Death heralds the beginning of Life. As we come to accept this and begin to set aside our fear of this important step in the evolutionary process, our progress along our respective paths will become steadier and may even accelerate – a very worthy goal for so serious an undertaking.

The Pain Of Letting Go Is Part Of the Process

The cultivation of Death is not without pain and sorrow. The old is known, comfortable, sometimes even loved. The very human tendency is to remain where we feel safe and secure, but therein lies stagnation and a different sort of Death: Death of Self, Death of Process, Death of Potential. To transform one’s Self and one’s world is to leave behind the familiar; and, even when that familiar world is itself full of pain, to abandon it in search of the unknown can hurt a great deal. This is part of the price we pay to attain the greater Self, the more perfect Union, the star of our True Potential.

Have you experienced a transformation that changed your life? An initiation that opened doorways to new experiences in your life? Please share your experience with others here. We are all on this journey together. Thank you.

The preceding was originally published in Mezlim magazine and is republished here with permission of the author, Kathy Scheiern.