Embracing the Darkness – Don’t Trade Buy Into The “God” Trade 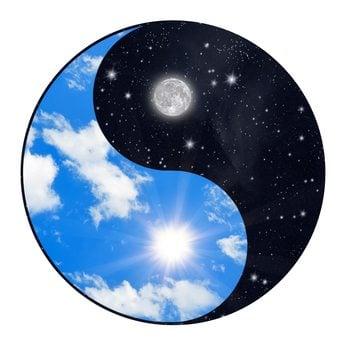 If you are a beginner, I highly recommend that you do not read this post.  Many of the concepts are higher level concepts that may not land properly if you don’t have the foundation of understanding required.  But, as ever, you are a sovereign being and you will choose as you will.  Choose wisely.

So I know that I promised to talk about the topics I started a couple of days ago in the Embodied Spirituality post, but I have to take a break from that today to go a little deeper into yesterday’s conversation about darkness.  I got a lot of comments, both publicly and privately about that post and a bunch of people either friended me or liked my page after reading it – so clearly it resonated.

But Let Me Tell You What Else Happened

Before I tell you that though, I want to explain some truths about our world.  Whenever you engage an energy – either for the first time or more deeply – the aspects of of that energy are called to you.  And, in publishing the post about darkness, this is what happened.

Now this is not my first time having to deal with these energies and I have learned to treat them with a healthy level of respect but not to give them the power over me that being in fear of them offers.  I look at them like I would a power tool (not that I use them like a power tool – I don’t – I only deal with them when they come at me).  I respect that it has the power to really hurt me if I don’t pay very careful attention and/or if I do something reckless and stupid.  I’m not afraid of the power tool – I’m just very, very careful with it. But I had to ask myself WHY these energies were showing up in such force in just one day.  And then I realized it was the blog post.

One of the things that I believe in as a shaman is that the things you fear will rob you of your power and keep you from what you need to know.  Truth be told, I was a bit afraid to write yesterday’s blog post and even more afraid to write this one, but I’m all about facing my fears and moving forward, so here it is.  Engaging your darkness will bring up a lot of fears – especially given how much energy the Christian church has put into creating a container of fear around it.  It will bring out the energies that are associated with the darkness.  It will also bring up the opportunity to make the same choices you made about the light.

When you began working with the light, you likely started out in an established religion or spiritual practice that was passed down to you by your parents.  If you didn’t start there, then you probably explored one or more of these as part of your own spiritual search for truth.  In the process from getting from there to here you had to make some big leaps that required that you change the way you see yourself in relation to a God-like figure.  You had to admit that you also had the power of creation.  You had to accept that God wasn’t separate from you – that in fact, you were a part of God – and, if you were really honest about it – you WERE God when you tapped into the fullness that Union offers.  These are the challenges of the light – to accept our greatness, to take responsibility for the world we have created around us, and to find faith in the higher vision of the collective self that makes up “God-ness”.

The light is all about activating the top three chakras and learning the lessons associated with them.   In many ways this work is easier because it operates on the spiritual level, so while it becomes evident that you are actually effecting an outcome with your thoughts, those thoughts take some time to come into form so it feels safer.  When you work with the lower chakras, you are working with the physical reality based energies and these have physical energy based results.  That’s scarier.  Dealing with the energy of the lower three chakras also means that you are going to have patterns come up around:

When you engage the darkness, you’ll be faced with a lot of the same issues that you face when exploring the light.  You’ll be asked to look at where you hold your power vs. where you give it away – whether to another person or to a “being” that is in charge of you in some way.  This is why trust in yourself becomes to significant at this stage in the process.

I’m going to share the website with you that the man sent me.  Not because I want to support the site, but so that you can see how reasonable and rational something can be, but still be based around a premise that is faulty.  I will suggest that you set a circle before you open it since the entity that I had to evict came in after I opened the site.  I can’t say whether it is tethered to the site or if it was a function of the blog post and the opening of that energetic, but it’s better to be safe than sorry.  Here’s the Link.  I read the first page and the page for the non-believers.  It all fit with what I knew of the history of religion and the history of the church.  It seemed so seductive in its reframing of the church – and I don’t disagree with most of what it says.

But Here’s Where It Didn’t Work For Me

On that page, the author says that the Christian God and all of the tenets of the religion were created to steal spiritual power from the masses – which is actually what has happened if you look at it, so I don’t really argue that the result is true there.  But, then, this person goes on to say that true power comes from giving yourself over to the true God, Satan.  And here’s where I recoil.  Why oh WHY would I trade one God that wants my power for another one?  Granted, this one is offering me additional powers in the form of rituals that bring about certain ends, but I have to tell you that if you engage your darkness, you’ll have access to additional powers WITHOUT having to take on a new master.  This is just another way of asking you to give up your power.

The goal is to own your power – fully and completely – from all your chakras.  It’s to embrace the light and the darkness and to bring them into integration in your heart chakra.  ANYTHING or ANYONE who asks you to give up part of your power is diminishing you.  And that includes when you think thoughts or engage in beliefs that limit you.  You are the one most capable of robbing yourself of your own power.  Don’t do it.

I now return you to your regularly scheduled blog posts (starting tomorrow).