The Spiritual Warrior Is Dead – Or Should Be 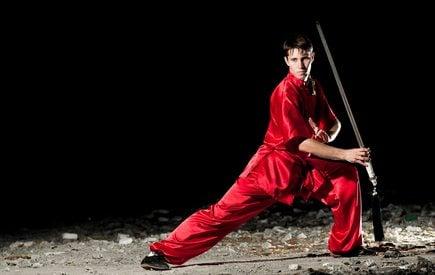 Last night I had an unexpected outing to a restaurant with some friends and a new person I met at an event we all attended. We were having an intense conversation about spirituality, personal power, good and evil, and being a spiritual warrior.

When I Was A Spiritual Warrior

There was a time in my life when I really associated with my inner (and outer, if I’m honest) warrior – so much so that when I got divorced in 1998, I took the name Sparta – home of the greatest warriors on earth ever – as my last name.  I was angry and that anger fueled my inner journey and occasionally bled over into my physical life.  Let me be clear, I wasn’t violent physically.  But I could be violent emotionally.  It was something I worked hard to keep under control, but that desire to control – even though it was directed at myself – ESPECIALLY because it was directed at myself – was the core of the problem and is at the core of what I want to talk about today.

While we were in this discussion, the man we were speaking to was identifying himself as a spiritual warrior for good – battling against the evil forces in the world.  He was on a righteous mission.  And it’s one that many people would agree with.  But from my perspective and from the perspective of another spiritual teacher at the table with us, Yuliya Cohen, this perspective has several challenges:

Perspective Shift – The world just is.  Yes, it exists in duality, but each of the two sides serves a purpose – one that is essential to the existence of both sides.  In this case, let’s look at “evil”.  By definition alone we should hate it, right?  But what does evil do for us?  It provides us with opportunities to find strength within ourselves that we didn’t know existed.  It highlights pain so that joy is all the more precious.  It creates situations in which we get to face and hopefully overcome our fears.  In this way it can actually be seen as a force for evolution.  It has a purpose.

Disempowering Those We Want To Help

Many people who take on the warrior role are also doing so with the intention of helping others.  But for most of these people, what they are really doing is trying to take care of or protect others in the ways that they weren’t protected or care for as children.  They are playing out their internal sadness on the field of other people’s battles.  But again – this is a problem.  Because no matter how many battles they fight and win, it will never heal the pain of their inner child.  Because they are not protecting that child – in fact they are putting themselves in harm’s way over and over again – retraumatizing themselves in the hopes of “getting over it”.

On top of it, they are disempowering those that they are standing in front of.  Every time you take on someone else’s battle, you are quietly telling them that they are incapable of dealing with the issue themselves.  Now if you are a parent of a young child, this is appropriate, they are not yet of an age to be able to do it for themselves.  If you are protecting someone who is ill or incapacitated, then this is fine too – they actually ARE incapable. But if you are dealing with an adult, who manages to get by in life without you having to clothe and feed them and make sure they go to the bathroom when they need to, then you are stepping on their power.  You are robbing them of the opportunity to find the inner strength to stand up for themselves.

The definition of “Spiritual Warrior” that most people hold is more aptly termed “The Wounded Warrior” because the people who engage this energetic are most often trying to heal themselves through the auspices of helping others.  They are taking out the anger of their past on the perceived perpetrator of the present.  They are not living in the now at all.  They are reliving their past over and over again through different people and scenarios.

Be Careful What You Empower

As those operating consciously in the spiritual world, we have an obligation to keep our eyes open and our energies focused in a empowered direction.  And when we call ourselves warriors, we engage a battle energetic that can’t help but be reflected in the physical world around us.  We are at battle with other nations, there is a war on women, we are fighting the elements and the earth is losing.  It is time for us to step out of the warrior model and into a more enlightened self-definition.

There Is A Different Path

We have used the term Spiritual Warrior to stand for having the courage to face your inner demons and defeat them – a battle perspective.  But what if your inner demons were instead your inner teachers?  What if they weren’t out to get you, but instead were there to stretch you and make you stronger?  What if, maybe, you discovered that those dark and ugly places within you were the places where your true beauty resides?  What if each journey was an adventure and brought you great gifts?  What if each time you got hurt because you were vulnerable, you were rewarded with insights that could change the very fabric of your world?  What if vulnerability were the true strength?  Would you still think of yourself as as a “warrior”?  Or perhaps you might want a different name.  Something like:

Yes, I’m a big fan of picking a name that is relevant AND fun.  😉