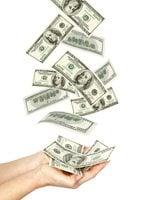 Continuing our conversation about turning dreams into reality, today we’re going to look at the Law of Attraction. If you’re like most people, you use the Law of Attraction to bring a specific outcome, opportunity, or item to you. You set your intention, send the energy out, and then wait for it to come back. This is where the problems start for most people.

Mistake #1: They don’t stick with what they sent out.

They yank it back and tweak it slightly, saying “oh there, that’s better – OK, GO!” and then 5 minutes later, they think of something else that might be better still, so they do it again. The process continues over and over again until the universe finally starts looking at you like “really? No, I don’t believe you.”

The Secret – When you send it out, that’s it. It’s done.  Don’t touch it again until it comes back to you. You can always do an upgrade later if you need to.

Mistake #2: They HOPE It Will Work

The Law of Attraction is a function of your INTENTION. It will only work if you believe it will. If you’re hoping it will work, then you’re believing that it probably won’t.

The Secret – When you put that energy out, you have to expect that what you asked for is coming and be on the lookout for it.

When you set your intention, try not to limit HOW the universe can bring it to you. If you want to attend a class, be open to however that might come about – work study, scholarship, someone else paying for you to go, the money showing up for you to buy it, etc. Don’t say “I want to have the money to pay for this class” – instead say “I want to attend this class” – or even better, “I want to learn the things in this class from this teacher (or not if you’re not attached to the teacher)”.

I’ve seen a ton of people over the years ask for stuff and then forget that they asked for it, so that they miss the opportunity when it comes by. I have pointed out countless missed opportunities where the person was not paying attention and missed when someone said something that might have led them to exactly what they were looking for. You have to stay conscious if you want to get it.

The Secret – Notice Everything and Be Curious
If you hope to get all that you’ve ever asked for, it takes a little bit of concentration and presence to make sure you don’t miss the opportunity when it’s in front of you. That person who said they were leaving for a month might just have the car that you need to drive across country in, but they won’t tell you about it unless you ask. The person who is dealing with a parent’s estate might just have that priceless antique that you want and they want to give it to someone who would love it as much as their parent did – because that’s what the parent would have wanted. You HAVE to PAY ATTENTION and ASK QUESTIONS to get every opportunity to open its doors to you.

Mistake #5: Saying “No” When It Arrives.

Everyone’s heard the joke about the guy who is stuck in a flood and begs God to save him. A boat, a helicopter, and a truck come to get him and he sends each away saying “God Will Save Me”. He then dies and asks God in a betrayed voice why he didn’t save him. God says he sent three different people – why didn’t he take the help? I had a similar situation earlier this week with my Spiritual Business Start-Up Program. A woman posted on a friend’s page that she desperately wanted to take the program and asked God to help her. I sent her a private email saying that if she brought other people into the program with her, that I would give her $100/mo. off the price for each person she brought in at full price. So all she had to do was bring in 4 people and her attendance was free! What did she say to me? No, I can’t do this. God will help me. (No, really, that’s what she said – I swear.) It took everything I had not to post the joke.