Stop Waiting For Your Dreams To Come True! 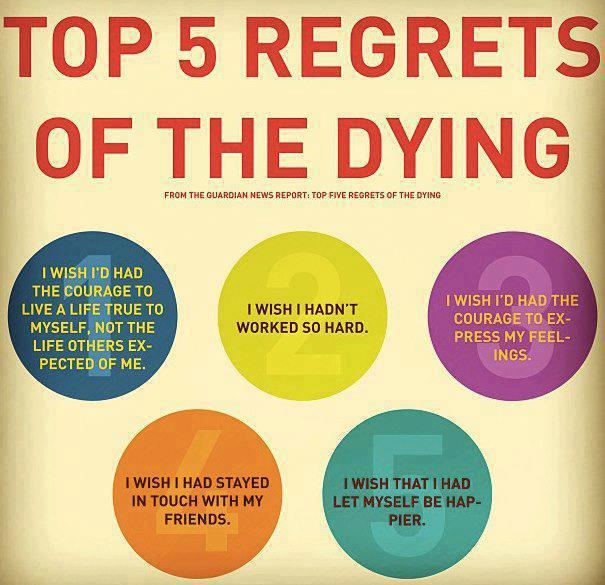 For the next week, we’re going to talk about achieving your dreams.  You’ll get an email each day from me about a different aspect of making your dream a reality.  Today’s topic:

I can’t tell you how many times I’ve talked to people who say “Oh, I’ve always wanted to…”, but when I ask them why they haven’t, they either just shrug their shoulders without a reason, or they give me a litany of reasons why they can’t do whatever it is.  There are always reasons why you can’t do something – it’s not practical, it’s not responsible, I don’t have the money, I don’t know anyone who can help me, etc., etc., etc.  I can come up with a TON of reasons why you can’t do something, and you know what?  There will only ever be one reason that you can.  Ever.  Want to what what that reason is?  Because you’re committed to it.

What you focus on expands.  If you focus on the obstacle of “I can’t do it because…” then you’ll never be able to do it.  If, however, you focus on the goal and your committment to get there, then all the obstacles that step in your path automatically get smaller.  They become bumps in the road rather than boulders that can’t be circumnavigated.  One of my favorite things to say when I’m trying to enroll someone else in helping me to achieve my goal is to say “if we could do it, how would that happen?”

Don’t Take “No” For An Answer

Once, I signed up for a program just because I KNEW I had to be there.  I paid $900 for the class even though I had no interest in the topic.  When I arrived on site, I discovered that there were a bunch of people being volunteer coaches for the event.  I had no idea that was an option before I had arrived, but I immediately knew that I was there not to attend the course, but to be a coach.

I spoke with one of the coaches who told me that they had signed up months in advance and that I probably couldn’t get on staff at the event.  I thanked her for her advice and asked her to put me in touch with the coach coordinator.  The coordinator expressed her desire to have me on staff, but her doubts about whether that would happen.  I encouraged her to try anyway.  Ultimately she said she would speak to the event coordinator to see if she could get me on staff.  She came back a few minutes later saying that she was sorry, but he wouldn’t approve the change.

I could have taken her word for it and gone back to my class, but I KNEW I needed to be a coach.  I told her that I appreciated her efforts, but I would really like to speak to him myself.  She got me in the room with him and I told him that I had come because I knew I needed to be there, not to take the class.  I knew I needed to be a coach there.  He said he couldn’t guarantee that I would get a credit for my class since I was there.  I told him that I didn’t care about the money, I just wanted the badge that said “Coach” for the weekend.  He agreed and I was on staff.  A week later, I also got notice that the money I spent on the event was now on credit for another event if I wanted to go.

If I had accepted that first “no” from the coach, or the doubts of the coach coordinator, or even the “no” via a third party that I had gotten from the man in charge, I wouldn’t have gotten what I wanted.  It took me personally going to the very top and demonstrating my committment to my path to get the path to open for me.  This is the way of things sometimes.  Sometimes, you have to lay it all on the line and go toe-to-toe with the person at the top to get to your dreams.

But most people won’t do that.  Most people give up long before they get to their goal.  They accept that there is only one path to get there and that if that path is blocked, all hope is gone.  I don’t ascribe to that belief.  I know there are MANY ways to get where you want to go.  If one path closes, I’ll climb a fence to find a new one.  I’m THAT committed.

What Dream Have You Been Waiting On?

Are you ready to make your commitment to it?  Are you ready to do WHATEVER it takes to get there?  How long will you wait to make your dream into a goal and your goal into an achievement?  Below is an image of the 5 Biggest Regrets that People Have on Their Death Beds:

Don’t Let This Be You!

If you have a dream that you haven’t committed to, it’s time to put it on the priority list.  Pick a date and time by which you will have what you’ve been dreaming about and then start working toward that goal immediately!

If you know that you have a hard time keeping commitments to yourself, then join the Become The Hero Of Your Own Life program and get my help in getting to your goal!