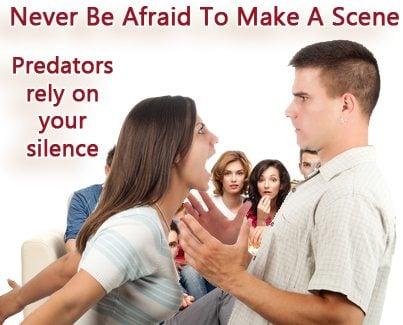 This One Time, At a Swingers Club….

Many years ago, I worked at a swinger’s club.  I had become friends with the club’s owners and I would tend bar and keep an eye on things over the course of the evening.  So when those owners were selling the club to new owners, I wanted to be there to support them.

There Was A Party

They were having a party where they were celebrating the sale and introducing the new owners to the club members, and while I wasn’t working or even staying long, I wanted to stop by to wish them well.  The event was a typical night, where the members would gather in the “social space” (the place where people could talk and no sexual activity would take place) to meet and greet and if they felt inclined they could  go into the “play space” to have sex and/or participate in sexual activity.

The Wrong Person Got In

Normally, the club was really good about monitoring the door so that no one who was intoxicated could come in, but on this night I think the bouncers didn’t know who was in charge and a very drunk man and his very embarrassed wife made it through the front door.  He immediately came up to me saying “Hi!  How are you doing!  Good to see you!”  I had never met him before in my life.  My friend who had come with me to the event, deftly placed himself between the gentleman and me.  He tried again and my friend once again intervened in a casual way without making it obvious that he was doing anything.  The man got frustrated and wandered off.

I Got Touched Inappropriately

About half an hour later, I’m standing in social space talking with my friends when I feel a hand reach between my legs from behind and grab me.  I whirled around and slammed my open hand into the drunk’s chest.  And then I proceeded to make a HUGE scene.  “Who in the hell do you think you are!??!  Did I give you permission to touch me?  I don’t think so!  What the fuck makes you think that I’m available for you to touch me?”  I then proceeded to loudly lay out the rules that he had broken in this one touch while he, with his hands up repeated over and over again “I’m sorry!”  (To which my response was “You’d BETTER be sorry, toad!)  My theory was that I was going to yell at him until I no longer felt violated.  I ran out of rules to list before that task was accomplished and so I went on to “And if I hear that you’ve done this to anyone else here, I SWEAR I will eat your eyes for breakfast!”  I continued down that line of yelling until my yoni told me that she finally felt sufficiently defended.

I Made a HUGE Scene – And It Was OK

One of the new owners came up to me laughing and said “Nicely done!  Want a job?”  I was stunned.  I had made a HUGE scene and I could see that my friend who was selling the club (a woman) was horrified and pissed at me for making a scene.  The man who was buying the club however said “Yes, and you educated everyone in the room while you did it.  It was a beautiful thing to watch.”  I accepted his offer and stayed with them for another year before I moved out of the area.

No One “Asks For It”

But here’s the part that haunts me.  There were EIGHT other women who came up to me later that evening saying that he had done the same thing to them and that they had no only lived with it, they had stopped their husbands from pounding him into the ground.  I was floored.  Here we were in the one place in the world where women were allowed to admit they were sexual without being labeled, a place where they got to say yes AND no, and they didn’t exercise their “NO!”  Several of them said “well I was wearing these sexy clothes… as though they were asking for it.  I explained to each of them that they should never put up with that kind of behavior and that even if they were standing stark naked in a room with a  sign on them that said “touch me” that they had the right to say “no” to anyone.   I pointed out that I had made a HUGE scene and that no one had been angry at me for it.  And even if they had, I wouldn’t have cared.  I had the right to make a scene.  I was supposed to be protected from these things in this space and someone had failed to do their job.  I had been touched inappropriately.  The sanctity of my body had been violated.  I had the right to be angry – and vocal – about it.

So here is my plea to you.  Give yourself permission to make a scene if you have to.  Predators rely on your silence to get away with their bad behavior.  If someone gropes you in the subway – yell – “get your fucking hands off me!” or “there’s a perv feeling me up!”  High heels make great skewers for toes and an elbow to the solar plexus or punch to the groin is an acceptable response to being groped.  Yelling is a great way to draw attention to someone who is trying to sneak in his feels before he gets caught.  And who knows?  The scene you make now, may save eight other women from having to go through the same thing.  After all, if the first woman that night had done what I did, none of the rest of us would have had that experience.  If you won’t make a scene for yourself, do it for us.