Shaman Ways – How to Redefine Reality 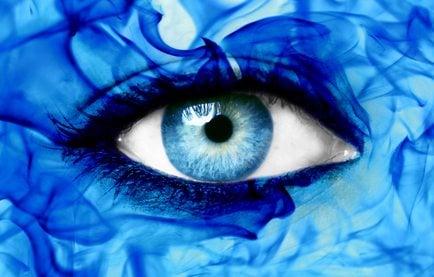 I remember about 15 years ago I was teaching a Reiki class outside. At some point my teaching assistant noticed that there was a breeze in the trees that we couldn’t feel. He excused himself and got up, cut the energy field we had created by beaming energy at one another and opened it up. The breeze came rushing in. I thanked him and turned to go back to teaching. But none of the students were listening – they all were sitting gape-jawed realizing that they had just had the energy’s essence proven to them and they were stunned. I said “ah – I see – this is where your definition of reality and mine diverge”.

An Important Step in How to Be A Shaman

If you’re trying to figure out how to be a shaman, the ability to redefine your reality is key.  It is about your ability to undo the definitions of reality that your parents and society have placed upon you.  It’s about unwinding the belief structures that make you say that the energy from a group of people beaming energy at each other isn’t enough to stop the wind from blowing.

How Do You Change Your Reality?

It’s all well and fine to say that you need to change your definition of reality, but that can be really challenging when you have “proof” to the contrary.  This is especially difficult when you are trying to redefine something that is belief based, like being able to manifest using the Law of Attraction.  If you don’t believe it, you won’t see it.  So how do you change those beliefs that seem to be so concrete?  It’s about borrowing belief from others.

One of the assignments I give to my students who are learning how to be a shaman is to practice doing readings for people they don’t know.  To ask the person not to speak or give any indication of how they are doing until the end of the reading and to give themselves permission to be completely wrong.  When they get to the end, they ask the other person how much they got right.  If the person gives no indication of right or wrong, and they didn’t know the person in advance, then they have to start believing that they are getting valid information from another source, even if they cannot yet see that source clearly.  And when we’re talking about things like manifesting, watching someone else who does believe it works, is often a good way to find a path to your own belief in the process.  But What If You Don’t Have Someone Else?

Being a shaman requires a strong mind – one capable of holding a belief and a reality that differ from one another.  It requires being able to both experience your life and to watch yourself experience it.  It requires mental and emotional discipline.  But having a strong mind is also a detriment to the process since a strong mind, often comes with a strong grip on reality – and that is a HUGE barrier to success when it’s reality that you’re trying to change.  So what is required is to suspend your disbelief in something that you are trying to believe in.  Much like when we walk into a movie, we suspend our disbelief that the characters could be in the predicament that they are in or that they would behave in such a fashion – we buy into the movie so that we can enjoy the story.  Your life is also a movie – or as most shamans would say – a waking dream, and you create the story line.  So if you need to change the story line to something a little out of the box, simply suspend your disbelief long enough to find the evidence to believe it into being.  Complicated?  A little, yes.  But it’s been the best strategy I can find for getting places that I don’t have a guide to take me to.

Ultimately, as you become a shaman, you will wander in places that have no resemblance to the world that you first inhabited.  They will have rules that are completely different from the ones you currently live by.  You will encounter beings who live by different moral codes, experience situations that have no correlation in our world, and be asked to make choices that don’t make sense at times.  If you hold onto your beliefs as the bastions of your hold on “reality”, you will break under the pressure.  It is not things or physics or even other people (teachers, gurus, friends, family) you need to base your reality on – it is your belief in yourself and your ability to choose wisely that will ultimately carry you through.  Cultivate that and you give yourself the world.

Would you like some help redefining your reality?  I help those who are a bit further along on their path find their way to the next stage of their spiritual evolution.  I’d love to help you too.  Check out my One-On-One Sessions for more information.